Are Rabbits Rodents? A Guide to This Common Misconception Rabbits are not rodents. They belong to the family Leporidae (along with the hares and pikas), and their taxonomic order is Lagomorpha, while rodents belong to the order Rodentia.

So, what exactly is the taxonomic order of Lagomorpha, and how does it differ from the order of Rodentia?

What are the origins of these different orders?

In this article, we’re going to take an in-depth look at the animal family rabbits belong to, so keep reading to learn everything you need to know about whether or not rabbits are rodents.

What is a Lagomorph? Lagomorphs are members of the taxonomic order Lagomorpha, including the Leporidae and the Ochotonid classifications.

Rabbits belong to the Leporidae classification. Leporids were thought to have first appeared in the late Eocene era and then rapidly spread throughout the Northern hemispheres.

Lagomorphs are different from rodents in that they show a trend towards longer hind limbs, allowing them to hop and leap much better than rodents. Even though they share some similarities, they are pretty different. Lagomorphs also have four incisors in their upper jaws, whereas rodents only have two.

Additionally, lagomorphs are primarily herbivores, where rodents will typically eat a mixed meat and vegetable matter diet. One similarity they share with their rodent cousins is that their incisor teeth continually grow throughout their lives, causing them to need to chew on fibers to prevent them from growing too long.

Interestingly, lagomorphs have no paw pads, only a fur covering on the bottom of their paws. They also share another similarity with rodents and other mammalian insectivores: they have a smooth, surface cerebrum.

Something else that distinguishes them from other terrestrial mammals is that the females are always larger.

This is usually reversed with most mammals in that the males are larger than the females of any given mammalian species. This unique characteristic is also seen in some species of whale.

What is a Rodent? A rodent is a mammal that gnaws its food with two pairs of sharp incisors and does not have any canine teeth. Examples are chinchillas, hamsters, house rats, etc.

This type of teeth combination makes it easy for these animals to gnaw on food and objects. They also need to constantly chew on fibrous food to keep their incisors from growing too long for their mouths.

The rodent is definitively the largest order of animals on the planet, and it is estimated that almost half of all species of mammals are rodents.

Rodents also spread themselves across the planet and can be found on all continents except Antarctica. As an extremely adaptive animal species, they have thrived everywhere humans tend to live, from big cities to tiny towns.

When Did Rabbits Stop Being Rodents? Even though rabbits are not technically the same as rats, mice, or other rodents, they were once classified as rodents.

They were originally thought to be rodents because they are also placental mammals that have short breeding cycles, much like a rat or a mouse.

However, after 1912, rabbits got their classification, no longer being classified as rodents. In this year, James W. Gidley proposed changing the classification of rabbits to lagomorphs. Rabbits belonging to the Leporidae order are much smaller than the hare.

Rabbits have herbivorous diets. Rabbits like to live in grasslands and more arid regions, like prairies. They are generally small but may vary in size anywhere from 20 cm to 50 cm in length and have powerful hind legs that help them jump relatively high and run at high speeds.

Their forelegs are much shorter than their hind legs, and they typically have a tiny, fluffy tail.

The coloring of their fur varies between shades of brown, tan, or grey in most cases, though some rabbits can be entirely white or black. Rabbits will typically nest in burrows that they dig with their powerful digging claws and protect their young deep inside the burrow from predators.

As obligate herbivores, rabbits play an essential role in the food chain in ecosystems where they live, feeding on a wide range of grasses, herbs, and other plants while serving as a staple food of many predators.

They are also relatively easy to domesticate, and as such, rabbits can make great pets.

Social animals that rely on safety in numbers will usually live in colonies with many other closely related rabbits. On the other hand, Hares are a much more solitary species of lagomorph.

Rabbits will rely on their burrows as havens of safety when they feel threatened, but hares are more likely to rely on their powerful legs and incredible speed to get away from predators.

Life of the Rabbit Most species of rabbit or bunny will burrow and feed together in large colonies, making mating frequent and easy.

Many rabbits will breed and produce large litters several times a year, which is how the phrase “breed like rabbits” became popular. Rabbits that live in protective burrows are especially likely to breed and produce litter multiple times in a single year.

Baby rabbits, also called kits, are born completely helpless after a short gestation. The mother can become pregnant again nearly immediately after she has given birth.

Mothers can safely leave their young after birth and go foraging for food, returning at regular intervals to feed the litter once a day.

Kits will grow rapidly, often being weaned within a single month. After being weaned, young rabbits will start to emerge from the burrow and forage for food with the other members of their colony. Other rabbits will actively protect them until they are mature enough to protect themselves when out in the open. 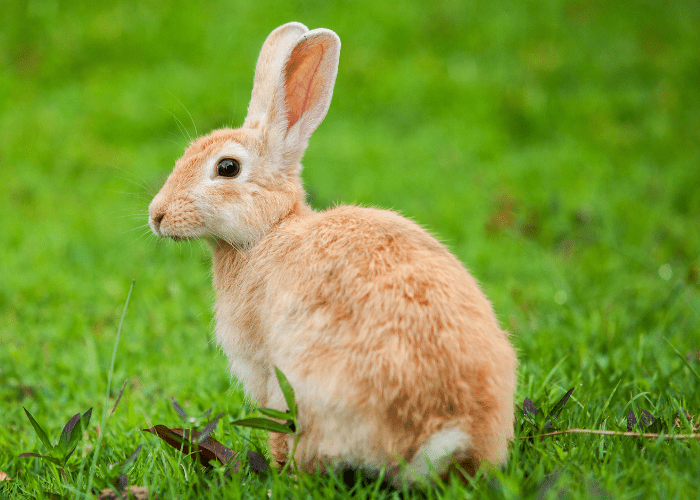 Even though rabbits may share many similar traits and characteristics with animals like rats and mice, they are not classified as rodents. Instead, they are part of the taxonomical order of Lagomorpha.

As lagomorphs, rabbits have four incisor teeth instead of two and possess much longer hind legs and greater jumping.

Browse Other Rabbits Articles Below:

2. Introduction to the rodentia. Rodentia. (n.d.). Retrieved January 23, 2023, from https://ucmp.berkeley.edu/mammal/rodentia/rodentia.html