Can Axolotls Live with Turtles? 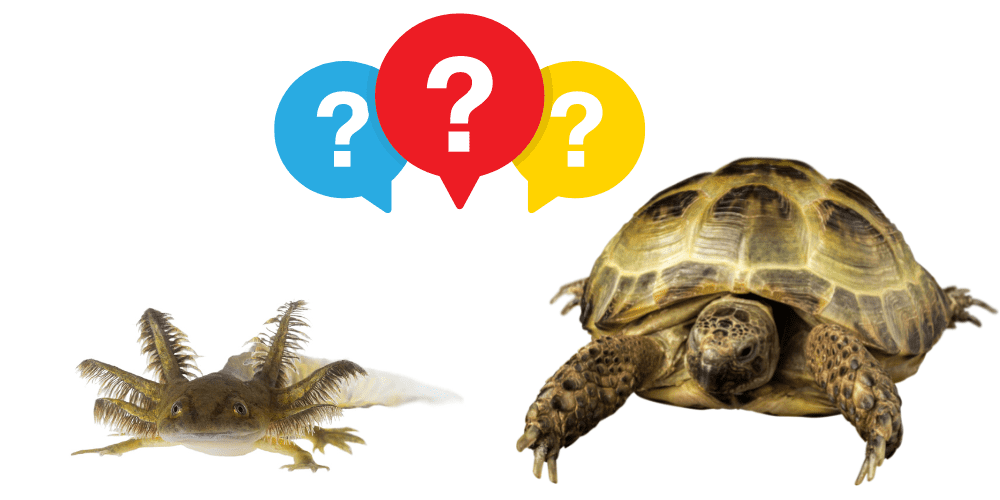 Axolotls are strange little salamanders that have piqued people’s interest for many years. They can make great pets, too, leading many people to wonder what kinds of animals you can keep with an axolotl safely. So, can axolotls live with turtles?

Axolotls cannot live with turtles.  Like other reptiles, turtles are solitary animals that don’t fancy sharing their space with another animal. A turtle’s territorial aggression can lead to axolotl’s injury or death. In addition to that, Axolotls and turtles have very different tank requirements.

This article explains exactly why axolotls and turtles can’t live together, including turtle’s temperament, the differences in tank requirements, the temperature they need to live at, and more. Keep reading now to get all the details.

Turtles Are Hard to Live With 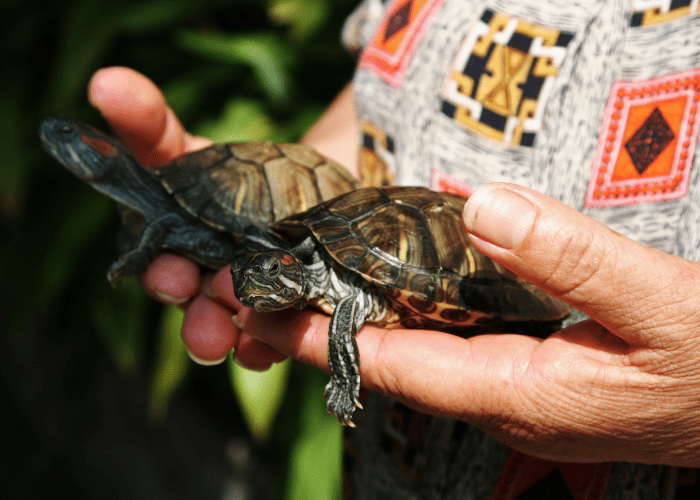 Even if the axolotl wasn’t such a particular animal, living with a turtle would still be difficult.

Turtles are known for their aggressiveness, and though they may seem perfectly docile and well-behaved one moment, they could lash out and attack other animals around them the next. Their hard beak-like mouths can do some real damage if they choose to, especially to animals with soft skin.

This aggression comes from a turtle’s territorial nature. In the wild, turtles will defend their own territory against predators and other turtles, making use of their strong jaws to deliver potentially lethal bites.

Turtles are also very dirty animals. You can read a report of a Salmonella outbreak linked to pet turtles.  They produce a lot of waste, enough to drastically change the water quality in a tank. Needless to say, this could negatively impact the axolotl’s health, causing it to become sick or lethargic over time. As you can probably guess, keeping these two animals together in the same tank or living space would be unfavorable for one or the other. It would be too cool for the turtle or too warm for the axolotl. Their living conditions simply aren’t compatible with each other.

On top of that, axolotls are known to be quite easily injured due to their permeable skin. Fighting or even rough handling of an axolotl could cause injury.

Other Animals That Axolotls Shouldn’t Live With 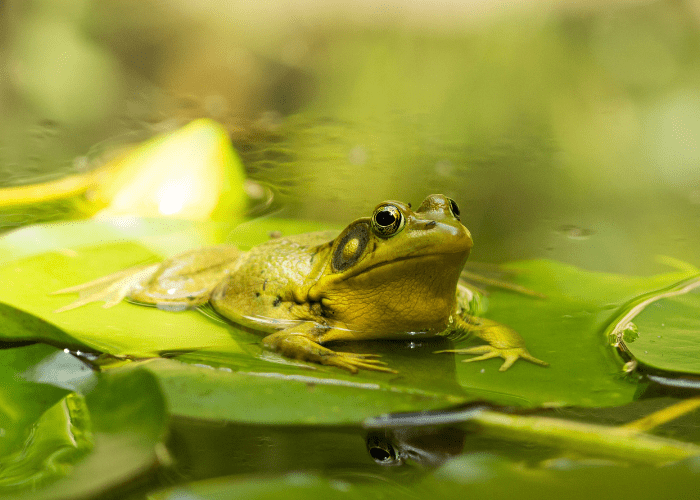 Besides turtles, there are quite a few common tank pets that should not be kept in the same space as an axolotl. These animals include:

Fish are not compatible with an axolotl. This is because any fish that is small enough will be eaten by the axolotl, while larger fish try to nibble on the axolotl’s gills. This can cause serious respiratory issues and may even cause death.

As for salamanders, most require living conditions at odds with the temperatures that axolotls require to be comfortable. On top of that, many species of salamander produce toxins that could poison the axolotl and make the surrounding water uninhabitable for them.

Plecostomus, or algae eaters, typically have thick skin and bonny exteriors. They may also have spikes or other obtrusions to ward off predators, which could cause damage to the axolotl if kept in the same space. Frogs are much like turtles in that they often prefer a much warmer climate and are quite messy animals, carrying diseases and parasites that could seriously harm an axolotl living near them.

Finally, newts and lizards also make bad tank mates for axolotls. Lizards require high basking temperatures because they can’t regulate their own body heat, which isn’t ideal for an axolotl. On the other hand, Newts may take an axolotl’s gills for food and cause respiratory harm by feeding them.

What Can Live with Axolotls? The first option is small shrimp. Tiny shrimp such as the ghost or glass shrimp are perfect tank mates for an axolotl. This is because they act as bottom feeders in an ecosystem, eating leftover bits and waste that they come across. This will help to keep the tank clean while also keeping them out of the axolotl’s way.

Minnows are also a good option because they live in conditions very similar to those required of an axolotl. They are also small enough that they won’t cause damage to the axolotl, but this may mean that they will be eaten over time.

Small aquatic snails can also be considered since they won’t prey on an axolotl or serve as prey for it either. The only potential downside is that pieces of broken snail shells could end up being ingested by the axolotl and cause damage to its stomach lining. From the strange gills on their heads to the unique shape of their faces, these creatures may appear strange or wonderful to others. Axolotls can be extremely finicky animals, requiring specific living conditions to flourish and stay healthy.

Such living conditions can easily be disrupted by other kinds of tank animals. Turtles make poor tank mates like most fish, frogs, and lizards.

Even though a few species of animals make good neighbors for a pet axolotl, it’s best to keep them with their own kind.

Axolotls live best with other axolotls. The other best option is to keep your axolotl with small shrimp, which may benefit the tank conditions by keeping the water filtered and clean.

We hope this short guide to axolotl and turtle compatibility has answered your questions.

Check out our other articles below for more axolotl facts and information.