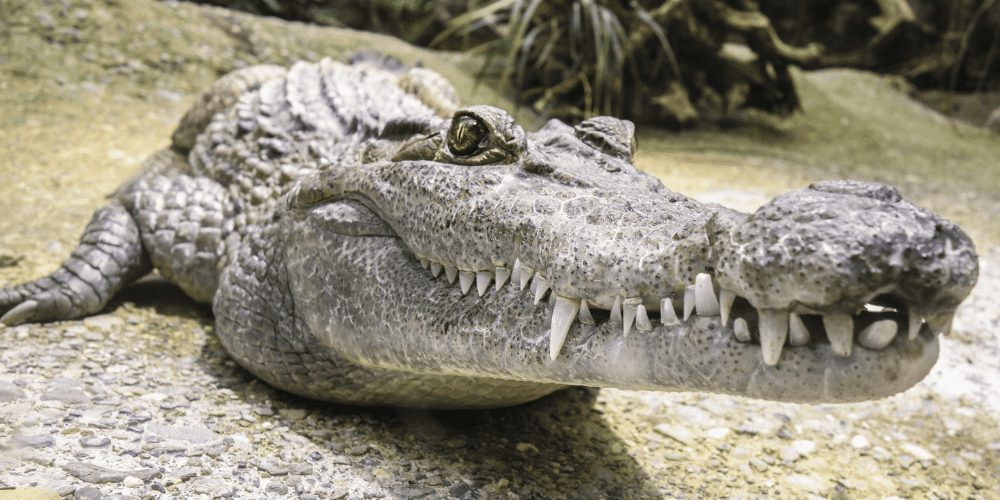 Crocodiles, as ferocious and deadly as they are, are still living beings. It’s perfectly natural to assume that when they get hurt, they feel pain from that injury. So, do crocs really feel pain? Is there a way for us to know for certain?

The general assumption among researchers is that crocodiles do feel pain. While it may be currently impossible to tell if they really do feel pain, we know that they have the necessary neuroanatomy to perceive sensations like pain, so they must be able to feel it.

Since no one knows for sure whether or not crocodiles can feel pain, we have come to assume that they do. As such, they should be treated humanely, in a way that will keep them from feeling pain as much as possible. Let’s take a close look at the specifics of pain and crocodiles, so keep reading to learn everything you want to know about this subject.

Neuroanatomy of the Crocodile 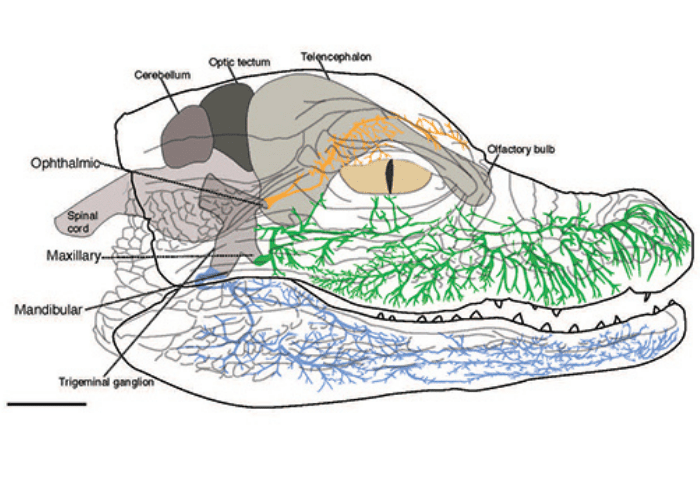 They have also been observed to engage in tactile play with one another, specifically during mating. An animal with such a strong sense of touch should surely be able to feel pain, though it has not been proven definitively as of yet.

Much like other reptiles, the neuroanatomy of the crocodile appears to be constructed in a manner that should allow it to feel pain. And we know that they can, in fact, feel sensations of pleasure, so it’s not too much of a stretch to assume they can also feel pain.

The crocodilian sense of touch is concentrated in a series of small, pigmented domes that dot their skin all over their body. In alligators, the spots are concentrated around their face and jaws.

A new study, published in the Nov. 8 issue of the Journal of Experimental Biology, has discovered that these spots contain a concentrated collection of touch sensors that make them even more sensitive to pressure and vibration than human fingertips.

“We didn’t expect these spots to be so sensitive because the animals are so heavily armored,” said Duncan Leitch, the graduate student who performed the studies under the supervision of Ken Catania, Stevenson Professor of Biological Sciences at Vanderbilt.

Do Crocodiles Cry from Pain? While it’s true that crocodiles do cry, they have not been seen to shed tears due to pain. Normally, when crocodiles shed tears, they aren’t doing it because they’re sad or in pain. They will cry to lubricate their eyes and keep them from drying out.

There is also evidence linking crocodiles to crying when they feed, which is most likely a biological response meant to help keep their eyes lubricated and protected from contaminants throughout the process.

The term “crocodile tears” is one you may have heard before, simply referring to fake tears shed for show only. This may have come from the fact that crocs don’t cry because of sadness, emotion, or pain, but instead only as a way of keeping their eyes lubricated. Also, they shed tears when consuming their prey as if they’re pretending to be sad about the animal they just killed. You can be sure that this is not the case, though.

How Can You Tell if a Crocodile is in Pain? Because crocs have a centralized nervous system, we can assume that they most definitely do feel pain. However, it may be difficult to tell when they are in pain, mainly because they don’t cry or get upset from the pain felt. They have their own way of reacting to it.

If a crocodile is often in pain from a wound or sickness, they will hide themselves away in a secluded spot. This is thought to be a measure to protect themselves while they heal and to avoid getting injured again.

Crocodiles may also exhibit an increased level of stress when under pain, reacting with higher levels of aggression or agitation when provoked. You can also be sure they’re in pain if there’s a visible wound or infection anywhere on their bodies.

Why Do Crocodiles Feel Pain? As with any animal, humans included, the feeling of pain is present to help keep us alive. Without the pain response, animals would not notice when their bodies have sustained injuries or illnesses.

This has the potential to be fatal in many cases. For example, if a crocodile sustained a life-threatening injury when trying to hunt down prey, they may never notice if they couldn’t feel the pain from it. By noticing their wounds, they can respond properly to help them heal and avoid sustaining any other wounds while they heal.

This explains their tendency to hide away, which must be a pain response from sustaining an injury or falling ill. Increased aggression also makes sense, as a wounded croc would need to be more aggressive to keep potential attackers away from themselves.

The pain response, then, is a good thing. It’s a positive that they can (most likely) feel pain; otherwise, they wouldn’t be able to engage in self-preservation to keep themselves alive when injured or ill. As such, crocodiles should be treated humanely in all situations. Please do not do anything to cause them pain that you wouldn’t normally do to domestic animals, like dogs or cats. Crocodiles are awe-inspiring animals and have been around for millions of years, even since the dinosaurs still roamed the earth. They have evolved and adapted to fill a niche that has suited them very well over the thousands of years they’ve been around, and to this day, are still going strong without any threat of them going anywhere soon.

Whether or not they feel pain may be obvious to some or a mystery to others. Most, if not all, animals with a central nervous system can feel pain, so we can assume that crocs feel pain too. The pain response is essential for keeping organisms alive, as it helps them know when they’ve sustained life-threatening injuries or illnesses.

We hope the information we’ve outlined above has answered all your questions about whether or not crocodiles feel pain. For all other information regarding animals, check out some of our other articles.