Can Bears Smell Food in Cars? Bears have a variety of talents that blow away their woodsy counterparts in nearly every category- this includes their sense of smell. But, can bears smell food in cars, or do vehicles work well to deter bears from going after our food?

Bears can smell the smallest amount of food stored in cars. Their sense of smell is better than that of the dog or possibly any other mammal and over 2,100 times greater than that of humans.

Bears are thought to have the best sense of smell of any animal on earth.  Having a greedy sense of smell is impossible for us to wrap our minds around, nor would it be too desirable if you stop to think about it.

However, in terms of a bear, its life depends on it as bears are on a constant vigil for their next meal.

What Food Does Not Attract Bears? There isn’t any subgroup of food that bears would rather ignore. What they will or won’t eat hinges on when they had their last meal, along with how large of a meal it was.

The bear’s sense of smell will catch any food from a long way out, and it won’t show prejudice toward any particular type of food. How Can You Keep Bears Away from Your Car?

Car camping is preferable for a lot of people. They’re safer than tents; you don’t need to fool around or set them up. Just get in and put the seat back and you’re all set.

If this is you, you’ll be pleased to know that there are steps you can take to keep bears away from your car. These will help whether or not you’re sleeping in the car or just using it to store your things.

Use Pine Sol to Deter Bears 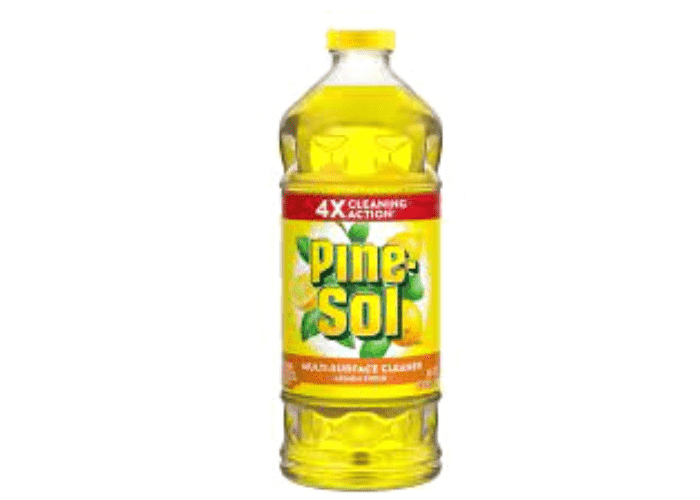 Studies have shown that bears aren’t too keen on the smell of pine-scented cleaning products. The oil used in Pine Sol has proven to work against curious bears.

A couple of coffee cans or cleaned-out tuna or cat food cans full of the detergent placed under your car should help. A couple of pine detergent-drenched rags or facecloths could also do the trick.

It does have to be pine, though; any other scent won’t be effective. This is purely common sense. Every food or food-related item should be stored and sealed inside resealable plastic bags. Not just food. Plates, utensils, food trash, and even unopened cans, are all candidates that should be sealed in bags. Coolers can help to store your already sealed and bagged items and is an added layer of scent retainer. However, a cooler that has unsealed food inside won’t be enough to fool the nose of a bear by itself. If you want to completely avoid the potential of bears creeping around your car looking for a way to get in, hang your food in a tree, or, in some parks, there are hanging stations on campsites.

Typically using a backpack, hang your sealed food from a branch that will leave your backpack over ten feet off the ground and over four feet away from the closest tree surface. In some places, a group of bears has become accustomed to cars being associated with food. Some parks in bear country have food storage containers in their parking lots to prevent bears from fooling around with visitors’ cars.

A bear can break a window with little to no problem if a bear catches a hope of food inside a vehicle.

This isn’t to say that the bear knows beforehand that windows are the easiest way to enter a locked car, but in testing out the vehicle for a way to get in, they can certainly break a window- even if by accident. Bears can open a car door. A bear can open an unlocked car door. Bears can either push or pull with their paws; it’s just a matter of locating the right place to do so.

A bear who lives in an area that makes it easy to become a repeat offender may learn that the handles are somehow associated with entry to a car. Still, just like the windows, most bears open cars via the handles while in the act of investigation, rather than knowing the way inside.

Note: Bears associate anything with a scent as food, including makeup, air fresheners, ChapStick, and even bug repellant! If it has a smell, the bear will want to investigate.

Can You Sleep In a Car in Bear Country? You can sleep in a car in bear country.  However, you’ll have to be all the more careful about your food storage situation and even the cleanliness of your car’s interior.

A bear (especially a hungry bear) won’t think twice about going through you to find that food it’s been looking for if given a chance.

If you intend to sleep in the car while your food remains in the car, there are several measures that you should take to ensure that you do not include yourself on the menu.

This is more true with black bears than their larger, fearsome Grizzly counterparts. If black bears feel inclined to attack a human, they will continue to follow up by eating that human. Grizzlies, on the other hand, most often don’t but attack for different reasons than to eat.

All that being said, it is a rare occasion for a bear to attack anyone; most bears are afraid of humans, and a bear sighting is rare in most places labeled “bear country.”

However, bears meddling with vehicles happens very often, and the presence of poorly stored food is the primary cause.

So yes, you can sleep in a car in bear country.  However, though you’ll be safer in a car than in a tent, that doesn’t mean you’re entirely safe from a hungry bear.

Just because that fast food bag on the floor has no food left inside doesn’t mean that the scent is gone. If a bear wants to get in a car bad enough, it will get in there eventually. If you’re inside the car, at least you can start it up, honk the horn, or touch off a can of bear spray through a window.

If all else fails, start the car and drive off before the bear causes any damage to the car or breaks any windows. Always park your car facing the easiest escape route so immediate evacuation can occur if the need arises.